Meter=Image displays either an image defined by a measure value, or any named image. If W and/or H are included in the meter options, the image will be scaled to fit the meter size.

Note: If no file extension is included, .png is assumed.

All general meter options are valid.

All general image options are valid for ImageName.

Name of an image file. This can be a full path and name of any supported image file, or just the name of the file if the ImagePath option is used or the image file is in the current skin folder.

Note: If a MeasureNameN option is defined, it will override any named file in the ImageName option. Generally, MeasureNameN and ImageName will not be used together in the same meter.

The exceptions are when MeasureName returns a file name with no extension, and the default .png is not desired, or when ImageName is being used to define an image based on the combined values of the measures in MeasureNameN and uses the %N syntax as follows:

Controls how W and H scale the image when Tile=0. Valid values are:

Note: If only one of either W or H is defined, then PreserveAspectRatio will default to 1.

Margins of the image to exclude from scaling when Tile=0 and PreserveAspectRatio=0.

If set to 1, the image is tiled (repeated) within the bounds defined by W and H.

Hint: Using the SolidColor option, along with W and H options, an image meter may be used to draw squares, rectangles or lines without needing any ImageName or MeasureName.

However, no manipulations can be done to the resulting square, rectangle or line with any general image options. Only actual images loaded from a file can be manipulated. (e.g. ImageRotate)

The following options have been deprecated and should not be used. They are still supported, but may be removed in future versions. 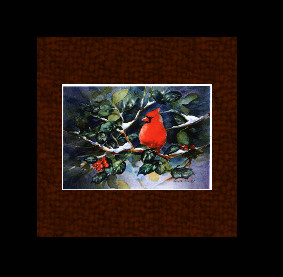 Note: This MaskImage functionality is better done with the far more powerful and flexible Container option. MaskImage will continue to be supported, but is no longer recommended.

MaskImageName can be a full path and name of any supported image file, or just the name of the file if the MaskImagePath option is used, or the image file is in the current skin folder.

MaskImageName cannot be bound to the meter from a measure with MeasureNameN and %1, %2 etc.

If MaskImageName is defined, then ScaleMargins and Tile options cannot be used on the meter.

Folder path where an image is located. (e.g. MaskImagePath=#@#Images\).

Flips the image. Valid values are None, Horizontal, Vertical or Both.

Rotates the image by the specified angle in degrees. Negative angles can be used for counter-clockwise rotation.