Meter=Roundline displays a line or solid fill that rotates in a circle around a point, based on a measure value.

The values for StartAngle and RotationAngle are defined in Radians

All general meter options are valid.

Note: If MeasureName is not specified, then the value is in effect always 100%, which can be used for instance to draw a circle or other curved solid.

The starting angle in radians for the line. This defines the starting point on the circle that will be treated as zero percent. The zero angle is to the right of the center.

The size of the rotation angle in radians for the line. This defines the distance in radians from StartAngle that the meter will travel around the circle when the measure value is 100%. Use a negative value for counter-clockwise rotation.

Defines the distance in pixels from the center of rotation at which the line starts.

Length in pixels of the line. The length is always measured from the center of rotation, regardless of the LineStart option.

Width in pixels of the line when Solid is 0.

The Color of the line.

If set to 1, meter will fill the meter with LineColor from StartAngle to the current MeasureName percentage value. LineWidth is ignored.

If ControlAngle is 1 (default), then the percentage value of the measure that is bound to the meter controls the angle of the line (or the fill rotation if Solid=1) starting at StartAngle for RotationAngle radians.

If ControlAngle is set to 0, then the measure does not control the angle of the line, which will be static at the value in StartAngle. RotationAngle is ignored.

If ControlStart is set to 1, then the percentage value of the measure that is bound to the meter controls the starting position of the line. This is defined by StartShift, and will range from LineStart to (LineStart + StartShift) pixels from the center of rotation.

If ControlLength is set to 1, then the percentage value of the measure that is bound to the meter controls the length of the line. This is defined by LengthShift, and will range from LineLength to (LineLength + LengthShift) pixels from the center of rotation.

Use a remainder instead of the actual measured value.

This is primarily used to draw an analog clock. When used with the value of a Time measure in MeasureName the meter will internally use the % modulo mathematical operator, and calculate the meter based on the remainder when the number of seconds in the Time measure is divided by the following values:

See the Rotator meter for an example. 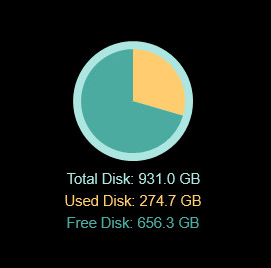